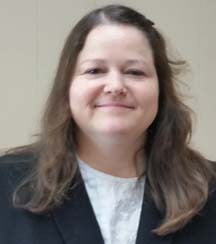 It was a surprise and shock when I finally came to the realization that I truly wanted to go to school to learn how to be a Funeral Director. I have been a licensed massage therapist for over 15 years and still currently love being a therapist but I was craving something new and different. Something practical and specific enough that it would also have longevity in the work force. This desire for more education began to increasingly burn inside my soul. It became an itch I couldn’t quite scratch. I was searching for something that contained a solid scientific curriculum but would also encompass and expand on my natural care giving qualities.

In my search for this profound need for change and growth, I landed in the nurturing environment of Santa Fe State College, where I then began the prerequisite courses required to obtain a career as an ultrasound technician. For a while, this path seemed like the perfect fit for what I was looking for in terms of financial rewards as well as being inclusive of my love for interacting with people of all walks of life. Little did I know, the prerequisites for pursuing a career as an ultrasound technician were almost identical to those required to become a funeral director. Courses that included medical terminology, anatomy and physiology, biology, chemistry, pathology: all challenging and stimulating. Delightfully, the only courses absent for my acceptance to funeral school were accounting and business law.

As I delved into the curriculum, the itch that I hadn’t been able to scratch finally began to fade away. I felt more confident as my grades remained high and I retained the great amounts of knowledge I was learning over the semesters. Education and a goal were exactly what I needed to obtain growth and maturity that also propelled and advanced my massage skills in unexpected ways.

As I learned, I also began to explore and discuss other career paths with various classmates. I was hearing a great deal of variety from my new friends and my interests were definitely piqued by the differing choices others had made. I realized I was open to exploring other paths but nothing was really calling out to me yet.

Until one day a dear friend and also a mentor, called me on a beautiful Florida summer day and asked if I could assist her in hand digging a grave for a green funeral. As I contemplated her proposal, which I knew I couldn’t refuse, I really had no idea what this would entail. I was most curious and intrigued to see what a green funeral would look like and I was also excited to help. While we were digging a hole four feet under the earth’s surface, the conversation on her path to becoming a funeral director was our main topic. As she passionately described her duties the wheels in my head began to spin.

In fact, the thought of being a funeral director resonated with me so deeply that I physically felt a jolt throughout my body that sent shivers to my brain and down my spine.

I no longer had one iota of interest in being an ultrasound sound technician. As my friend informed me that I would also become an embalmer, that last detail sealed the deal.

The human body circulatory system is so astonishing and I didn’t have a clue how magical really seeing it up close would be to me. My experiences caring for our family’s loved ones who have passed have also enhanced my communication skills as well as how I relate to others in general. My massage practice has grown in ways that are parallel with the unique interactions I’ve had comforting people in their times of loss and grief. I have gained the ability to extend compassion and understanding under intense and demanding circumstances. I have also gleaned tremendous insight into the innermost workings of the body and this has translated into me being a competent, reliable, and extraordinary massage therapist as well as a hardworking, curious and compassionate funeral director. I have the gift of always being willing to approach the next challenge with grace and competence. I’m grateful for the time I’ve spent working at Forest Meadows and all that I’ve learned working in such a diverse work place. Pandora’s Box has been opened and I will never be the same.

← A Tribute to My Dad, Jon Thomas
Catholic Funeral Rites →