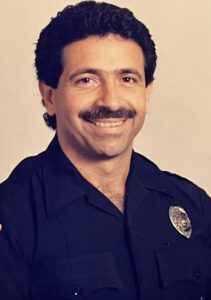 Julio Cesar Pomar, 71, of Gainesville, Fla., passed away peacefully Saturday, Oct. 29, 2022, with
family at his side. He will be remembered as a loving husband, father, brother, and friend to
many.
Julio was born in Havana in 1951. In 1962, he and his sister, Maria Elena Pomar Lloyd, were
among 14,000 unaccompanied Cuban children with special visas who were sent on flights to the
United States by their parents during Operation Peter Pan. The covert program, run by the
Catholic church during the height of the Cold War, was designed to protect Cuban children
whose parents feared Fidel Castro’s communist regime. Julio and his sister first lived in a Florida
City, Fla., camp for Cuban children, then in other South Florida area homes until their parents
were able to join them in Miami 6-1/2 years later.
In the early 1970s, Julio moved to Gainesville, where he ran his own landscape business and
studied at Santa Fe College. He worked for the Alachua County Sheriff’s Office before joining
the Gainesville Police Department in 1980 as an officer; later advancing to corporal and acting
sergeant. He also worked with the department’s DEA Task Force before retiring after 30 years
of service. “He was very dependable, physically strong, conscientious and caring – the kind of
guy you wanted on a call with you,” says colleague Erin Desmond, who began working with
Julio in 1987. “And he always had a smile on his face.”
Julio loved nature and was an avid sportsman. He enjoyed hunting deer, turkey, and wild hogs,
and he taught his sons how to hunt. He was a diver, and won prizes in high school as a track and
field sprinter. His sister, Maria Elena, says friends “used to call him Speedy Gonzales” after the
Looney Tunes cartoon character.
He was a great cook, as well. His children recall pig roasts and the venison bounty he’d bring
home from a hunt, and they loved the Cuban sandwiches with beans and rice and the Cuban
dish picadillo he cooked for them. Julio was a doting father with a lively sense of humor. He
loved attending his children’s extra-curricular events. He also devoted time to lifting weights,
swimming, and staying in top physical shape.
The love of Julio’s life was wife Carla Hotvedt, a former Gainesville Sun photojournalist, who
died in January 2017. Julio retired from law enforcement to be her caregiver when she became
very ill with Non-Hodgkin Lymphoma.
Along with sister Maria Elena, who lives in Spain, Julio leaves behind children Monica Marie
Pomar, 42; Alexander Mario Pomar, 33; Jacob Samuel Pomar, 30.
In addition to Carla—whom he lovingly called Carlita–Julio was preceded in death by his
mother, Maria Pomar-Alvarez; father, Julio Cesar Pomar; and siblings Mario Romero Alvarez
and Fernando Romero Alvarez.

In lieu of flowers, donations can be made to www.psp.org, the organization devoted to finding
a cure for Progressive Supranuclear Palsy.
A celebration of Julio’s life and luncheon for family and friends will be held from 1 p.m.-3:30
p.m., Sunday, Dec. 18, 2022, at the Fraternal Order of Police Lodge at 3301 North Main Terrace,
Gainesville, FL 32609.