Alphonso Singleton, Army veteran and Logistics Manager, passed from time to eternity on the morning of June 2, 2017, after a long illness.

Alphonso was born to Alfonso (deceased) and Vernell Singleton on September 8, 1943 in Jonesville FL and was their only son. Al was married to his wife, Kim Hill for 27 years.

Al and his family lived in Dayton OH and relocated back to Florida in 2001. Gainesville is where he was raised and his family called home. He was raised in a Methodist church and often stated “JC has got me” no matter the situation.

Al was a devoted father of eight children, four girls and four boys. He enjoyed gardening, the blues, old westerns, sports and collecting jars and jars of coins. In his younger days, his motto was to “live fast, die young and leave a beautiful memory.”

Arrangements are under the care of Forest Meadows Funeral Home, Gainesville, Fl. 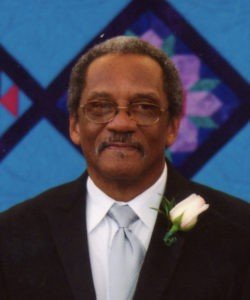