Beatrice Farmer was born on June 2, 1934 in Providence, RI to Fred W. Linke and Evelyn M. Parent. In 1944 she moved to Homestead, FL and graduated from Homestead High School in 1952.  After high school Bea attended the University of Florida.  There she met the love of her life Norman Farmer. They were married in 1956.  Beatrice finished her Bachelor’s degree from the University of Florida in 1966.

After getting married Norm received a commission in the USAF Bea joined the Air Force family.   She was very active in the USAF Family Services.  For the next twenty-one years they moved with the Air Force living in Texas, Guam, Japan, California, Puerto Rico, Mississippi and Florida.  During these years Bea became the mother to five children, four boys and a girl.  In 1974 Bea earned a Master’s degree in Counseling from U.F.  She worked for Pepperdine University and the Biloxi, MS school system from until 1982.  When they returned to Gainesville in 1982, Bea began to work at the Florida Job Corps until July 1987.  She then went to work as a social worker for the State of Florida until she retired in 1998.

Bea along with her husband Norm were avid UF Gators fans. Bea was an active outreach worker in her churches of Covenant Presbyterian and Westminster Presbyterian.  She also served as a board member for The Preserve and remained active there until just before her death. 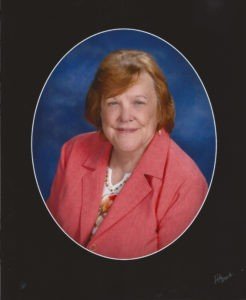