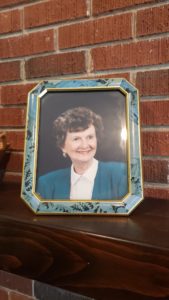 Beverley June Deal, age 90, died at her daughters’ home in , LaGrangeville, NY on May 11, 2019. Beverley had been a full-time resident in Gainesville, FL. Beverley was born on December 3, 1928, in Niagara Falls, NY to the late Richard G. & Laura C. (Foulkrod) Veihdeffer. Beverley married James C. Andersen, Sr, and she worked as an Insurance Broker for Hill Insurance Agency,in NY. Beverley moved to Jacksonville, FL in 1985, and continued her career for the Justice Agency, in Jacksonville. Beverley married Keith Deal, Attorney at Law, together they made their home in Jacksonville, later to retire at their lake home in Starke, Florida. Beverley enjoyed her family, socializing with friends & ofcourse, “The Niagara Falls Girls Club” , then later in life, became an active member of the Community Church of Keystone, FL. Beverley was preceded in death by the father of her children, James C. Andersen, and her husband, Keith Deal, as well as her son, John A. Andersen, and beloved brother, Edwin Veihdeffer. Beverley is lovingly survived by her daughters; Arleen, Jyawook, Terrie Pancoast, Shelly NeJame and Patricia Hankamp, son, James C Andersen, Jr. step-daughters; Janet Birch, Susan Gentry, Cindy Ragan, Kimberly Deal, Karen McClintock, step-son, Robert Fitzmorris, numerous grandchildren and great grandchildren.  Beverley’s family and friends will gather at the Forest Meadows Memorial Park, – East Cemetery, 3700 SE Hawthorne Road, Gainesville Florida 32641 on Monday, May 20, 2019, from 9:30 until 10AM. Graveside Service will follow at 10, with Rev Carl Romey officiating.