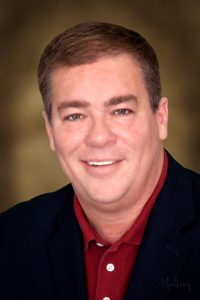 Captain Daniel Jarrett Griffin, age 60, a longtime resident and servant of Gainesville died on Friday, May 21, 2021 at North Florida Regional Medical Center. Danny was born in Tampa, Florida on October 2, 1960, to Jerry & Patricia (Johnstone) Griffin. In his early childhood, he lived with his parents in Waynesboro, VA. And the family moved to Gainesville in 1971. He graduated from Buchholz High School and Santa Fe College, studying Paramedics and Emergency Medical Technology. Captain Griffin served the citizens of Alachua County for 25 years, starting his career in February 1983 and retiring in January of 2008 in the position of EMS Training Captain. He held many positions throughout his career including Paramedic, Action Emergency Operations Supervisor, Paramedic Crew Chief, Paramedic Fire Fighter and Paramedic Attendant Fire Fighter. Danny had a passion for EMS instruction, molding future paramedics for successful careers. He received commendations from Santa Fe Community College, UF College of Emergency Medicine, Aero Products Corp. and many others. In 2012 he was awarded the Florida EMS Educator of the year award, followed by the Larry S. Jordan EMS Hall of Fame award in 2016, both of which are awarded by the Florida Department of Health.  Although Danny retired in 2008, he did not let that end his service to our community. He served as President of the Florida Association of EMS Instructors from 2005-2010, Vice Chair of the Florida EMS Advisory Council, as an EMS program instructor at Santa Fe College, and owned his own EMS training company after retiring from public service. Danny is preceded in death by his father, Jerry Griffin, his ½ brother, Jerry Tyree, and by his sister, Laurie Moring. Danny is survived by his loving mother, Patty (Badger) Moring, brother, Badger Moring, Jr. sister, Ginger St. Germain, ( Joey ) and stepmother, Eileen Peacock Griffin. Danny was also well loved by his close knit family of aunts, uncles and cousins 5 nephews and 1 niece.  The honor of final care and arrangement of services for Captain Daniel J. Griffin are under the supervision of the Forest Meadows Funeral Homes and staff. The family, friends and EMS, Paramedic and Fire Fighting community will gather for a visitation on Saturday, June 5, 2021, from 1-2 PM, at the First Baptist Church of Gainesville, 14105 NW 39th Avenue, Gainesville, FL 32606. The Funeral Service will be held at 2 PM and officiated by Chaplain Van Elmore, and Chaplain Robert Smith, with family reflections offered by Mr. Guy Rizzo. At the conclusion of the funeral services, the Alachua County Fire Department Honors Team will conduct its final respects to Captain Griffin. Patty Moring will host a reception at the church hall following services to greet and thank all the community servants, and friends that were so much a part of Danny’s life. A private family burial will take place at a late date.