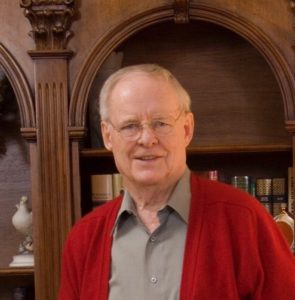 Dr. Gilbert received his B.A. degree from The College of the University of Pennsylvania in 1953 and his MD degree from The Medical School of the University of Pennsylvania in 1957. He took his rotating internship, residency in medicine, and fellowship in cardiology at the Hospital of the University of Pennsylvania (HUP). He was a Fellow and Instructor in the Robinette Cardiovascular and Diagnostic Laboratory of HUP, a research trainee of the U.S. Public Health Service, and a Cardiac Catheterization Physiologist of the Hartford Foundation.  He was a Captain and Staff Physician at the Orlando Air Force Base Hospital. Dr. Gilbert was in the private consultative practice of cardiology in the Orlando area from 1964 until 1993. He had medical staff appointments at Orlando Regional Healthcare (OHS), Florida Hospital, Winter Park Memorial Hospital, Lucerne General Hospital, Humana Hospital Lucerne, Mercy Hospital, Brookwood Community Hospital, St. Cloud Hospital, Osceola General Hospital, and Leesburg Hospital,. He held academic appointments as Clinical Professor of Allied Health Sciences at the University of Central Florida, 1970-1979, and Associate Clinical Professor of Medicine in the Department of Medicine at the University of Florida (1983-1993).  He was Medical Director- Coronary Care Unit OHS (1970-1983), Medical Director- Cardiac Catheterization Laboratory OHS (1975-1084), and Medical Director- Department of Cardiopulmonary Therapy OHS (1972-1977).

He continued to be active in retirement with interests in reading, computer access, music appreciation, photography, travel, gardening, and cooking. He served on the Partnership Council of Advisors of Oak Hammock at the University of Florida where he was active in the health and wellbeing of the members of Oak Hammock.

He was preceded in death by his wife of 60+ years, Barbara P. Gilbert.  He is survived by his 2 sons, Mitchell C. Gilbert, III, M.D. of Farmington, CT and Ronald S. Gilbert, of Winter Park, FL, his 6 grandchildren (Emily, Jonathan, Ashley, Benjamin, Meredith and Darren) and his 5 great-grandchildren (Demond, Avery, Maddox, Connor and Gianna), his sister, Betty Ann Lester and his brother, James GIlbert.

In lieu of flowers, the family requests donation to the American Heart Association.  A “Celebration of Life” service will be held on May 4, 2019 at 11:00am at The First United Methodist Church, downtown Orlando with burial to follow at Greenwood Cemetery in Orlando, FL.