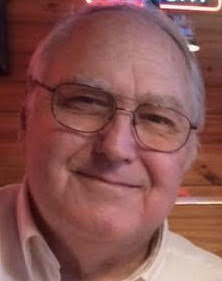 Born in Chattanooga, TN to the late Angus S. and Lois M. Barr, Dan was a loving husband and devoted father of four. He met the love of his life at church at the age of 17 and married two years later.

Dan is preceded in death by his wife Polly, of 64 years, and a brother, Sanford. He is survived by his four children, Charisse Daniels of Gainesville, Michelle Thomas of Albany, GA John S. Barr and wife Jill of Beverly Hills, FL, and Dana Bevins of Gainesville. Dear to his heart, he also leaves behind 12 grandchildren and 21 great grandchildren. He is also survived by his brothers, Kenneth Barr (Carolyn) of Warriors Mark, PA, Joseph Barr (Karen) of Savannah, GA, and sister Janice Adams (George) of Bethlehem, GA.

Dan, with his wife and children, traveled overseas and across the United States from Florida to Alaska while serving in the US Air Force for over 20 years during which time he also served in Vietnam. After retirement from the military and a few interim jobs doing whatever he needed to do to provide for his family, he secured a position with the FAA until he retired from a supervisory position 20 years later.

Dan enjoyed going to garage sales and helping his wife restore and refinish the treasures they acquired. There was nothing he would not do to help anyone with a need and since there was almost nothing that he could not fix, he could often be found in the garage with a neighbor or friend working on a car, tinkering on a mower, or repairing electronics.