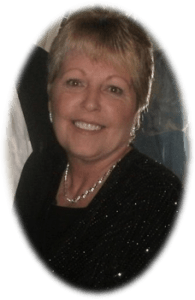 Deborah Diane Kunkel, 65, passed away peacefully after a 11-month battle with cancer on January 5, 2022, at Shands Hospital. She was surrounded by her family and friends. Her goal after her prognosis was to make it to her 65th birthday, which she exceeded by being able to spend Christmas with her family!

Debi was born December 21, 1956 in Albany, GA to Clint and Mary Hayes. Her parents divorced when she was a few months old. Nine years later her mother married Otto Kampe, who became the father she adored! She attended Bonds-Wilson High School and graduated in 1974. Throughout high school she was active in cheerleading, horseback riding, acapella, drawing, writing, and being an Air Force brat. Right out of HS, she married Clyde Whaley. From this marriage, 3 beautiful children were born: Carrie, Shawn, and Bryan. Soon after Bryan’s birth, they divorced. For 5 years she was a single mom working 2 to 3 jobs at a time, as a bartender, secretary, medical receptionist for various offices, running a paper route, and working at a country club. Soon came along the love of her life, her soulmate at a bowling league night…Eugene Kunkel! Debi and Eugene married on May 30, 1987 at Charleston, SC. Her kids said if she didn’t marry him, they would. They adored Eugene! Throughout their years together, they lived in South Carolina, Pittsburgh, Bradenton, FL, and eventually settling down in Gainesville, FL so Debi could take care of her mother.

She loved to garden, stock up her pantry, cook, love on her grandbabies and puppies, listen to music, go bowling, and hanging out with family and friends. She was strong willed and tough as nails! She had a heart of gold and never met a stranger, which she inherited from her dad Otto. Her smile was always contagious and lit up the room!

She is preceded in death by her parents, aunts and uncles, and several friends.

Viewing visitation is scheduled for Monday, January 10 from 4-7 PM and funeral services for Tuesday, January 11 at 1-3 PM at Forest Meadows Funeral Home and Cemetery, 725 NW 23 Ave, Gainesville, FL, 32609. Reverend David Haun officiating. No burial to follow as she wished to be cremated. There will be a reception after the funeral at the Kampe/Kunkel home at 2204 NW 21 Pl, Gainesville, FL 32605. Flowers are being arranged by Pranges Florist (353) 335-0100. In lieu of flowers, a donation can be made to the American Cancer Society.