Throughout his life Charles was a prolific author and brilliant professor of music education. His 45 textbooks, including revisions, are standard in numerous Universities in America and throughout the world.  He brought a great passion to his writing and teaching and was an expert in both classroom and in online instruction.  Decades ago his textbooks in music appreciation were the first to introduce listening guides, which are now standard in all music appreciation textbooks.  His Music Listening Today was the first to offer ancillary active listening guides.

Charles has received numerous awards for his contributions to music and music education. He was inducted into the Florida Music Educators Association Hall of Fame in 1997 and the Music Educators Hall of Fame in 2006.  His numerous professional activities include President of the Indiana Music Educators Association, President of the North Central Division of Music Educators National Conference, and National President of the largest professional organization for music educators, MENC (now National Association for Music Education NAfME) from 1988-1990.  He served on the committees that wrote the National Standards in Music and the Sunshine State Standards for Florida.  Charles has spoken or conducted clinics in almost every state.  He was also active in the International Society for Music Education, during which time he presented research at conferences in Moscow, London, Tunis, Christchurch, Mexico City, and Canberra, as well as hosting its research conference in Bloomington.  He has had many articles published in the “Music Educators Journal,” “The Council for Research in Music Education Bulletin,” the “Florida Music Director,” which he edited for five years, and the “Handbook of Research of Music Teaching and Learning.” 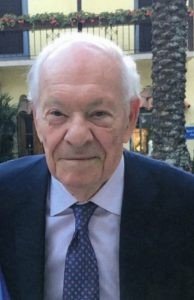