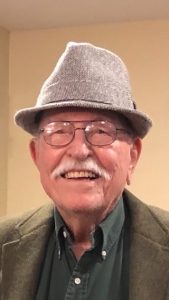 He was born on June 13, 1933, in Detroit, MI to John H. and Delia A. (LeMay) Gouge. After graduating from Lincoln Park High School, he enlisted in the United States Marine Corps. He left the service at the rank of Sergeant, and later, completed his career at Southern Bell. Emory was a loving husband, dad, papa, and friend. He never met a stranger, and always had a joke to tell. He especially loved spending time with his family and watching his grandchildren grow up, supporting all their endeavors. He was a proud Papa. He was an avid collector of antique and unique things. He enjoyed the thrill of hunting for that perfect treasure and was very proud of his Antique Car Collection.

Gainesville, FL 32606, for a graveside service on Friday, April 16, 2021 at 3 PM. The Memorial Service will be led by Reverend Dean Slocumb and Military Honors will be bestowed by the U S Marine Corp. Funeral Arrangements and Cremation under the direction of Forest Meadows Funeral Home.