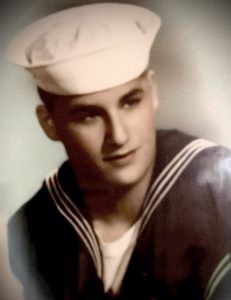 F. Dale Rudloff, 74, passed away on the thirtieth of December, 2021 in Clermont, FL. Dale was the husband of Marilyn Rudloff. They shared forty-nine years of marriage together.

Born the twelfth of October, 1947 in Baltimore, MD, Dale was the second son of Edward and Frances Rudloff. He graduated from North Miami High in 1965. Higher education was achieved in and off the shores of Vietnam with the United States Navy followed by the streets of North Miami and Dade County, FL with the North Miami Police Department. Admittedly his greatest teacher was his father. Upon settling his family in Gainesville, FL in 1982, Dale continued as a business owner with his mother and, later, his beloved wife for over two decades. After escaping the humid swamp of Florida in 2005 for the mountains of East Tennessee, he continued working various jobs forever refusing retirement.

Dale was raised and confirmed in the Catholic Church. He enjoyed drag racing, street rodding, classic car restoration, RVing in his motorhome, and Dirty Harry movies. Dale was member of the National Fraternal Order Police Smoky Mountain Lodge #31. He will be remembered as a loving husband, a devoted father, a loyal friend, and a dedicated partner that bled Florida Gator orange and blue.

After seventy-four years roaming the globe, Dale is survived by his wife, Marilyn; his two children, Michael Stephen and Mary Frances; his son-in-law, Mary’s husband Lance Kirsten, and one brother Billy. He was preceded in death by both his parents.

A celebration of Life will be held on the sixteenth of February at four o’clock in the evening at Atchley Funeral Home in Sevierville, Tennessee. The interment will follow with a private ceremony at Forest Meadows cemetery in Gainesville, Florida.