Fred S. Donaldson, Jr. passed away with Idiopathic Pulmonary Fibrosis at Haven Hospice in Gainesville on June 25, 2017. He was born in Chase, Louisiana, on September 26, 1935 with the aid of a midwife at his grandfather’s house. His father, from Waldo, married Miss Maude Delane McDuff while employed in Louisiana. Fred is looking forward to reuniting with his loving mother and father and friends in another world called heaven.
After living in Rayville, Louisiana, for a few years his father and family moved back to Waldo. The fourth generation ‘Florida Cracker’ father continued in his father Jasper’s cattle, timber, and grocery store and later turpentine business.
Fred, Jr. (as he was known) led an early life in Waldo enjoying hunting, fishing, and working in his father’s store. He started school in the small community of Waldo. He attended Waldo High School and enjoyed playing six man football and basketball. He graduated in a class of ten in 1953. He soon entered the University of Florida, and after some struggles with the early ‘C courses’ graduated with a degree in agriculture with a major in entomology.
He was first employed by the State Plant Board (now the Division of Plant Industry) as a laboratory technician and worked his way up to a nematologist in the identification of microscopic plant parasites. After six years of laboratory work, in 1966 he decided to go into the farm pesticide business. He worked with Shell Agricultural Chemicals, Superior Fertilizer and Chemical Company, and retired in 1999 after 25 years with Bayer Agricultural Chemical Company, working in Louisiana and Mississippi. Fred worked his way up with Bayer to a research representative position, calling on LSU and MSU research and extension personnel. He also assisted the field sales staff in putting out demonstration plots. During Fred’s agricultural career he was a member of the Society of Nematologists, the Entomology Society of America, the Mississippi Entomology Society, the Florida Horticultural Society, and was president of the LSU Entomology Society. Despite many hours in hot cotton, soybean, and sugarcane fields, it was enjoyable work and he remained in touch with many of his industry friends after retirement.
Fred was also a life member of the NRA and the Sons of Confederate Veterans where he was active until his passing. He was very proud of his four Confederate ancestors who didn’t own slaves and fought to defend their families and property from Northern aggression. Two of his Confederate ancestors mustered out in Waldo in May of 1865, and one is buried near Fairbanks at a remote Hatchet Creek cemetery.
Fred joined the Florida National Guard at Gainesville (Company B, 124th Infantry) in 1953 along with several other Waldo boys, and went to many weekly meetings and summer training camps. He ended his enlistment in 1961. Fred was also in the Air Force ROTC at the University of Florida.
Fred grew up during World War II and remembered all the soldiers from Camp Blanding, which led to his having many veteran friends over the years. He was an avid reader of World War II and Civil War history and collected memorabilia associated with those conflicts.
He is survived by his wife of fifty years, Judy, who, despite being an FSU grad, is the love of his life. Without her his life would not have been complete. His sister, Patsy Donaldson Cox, also survives him as well as two sons, Michael D. Donaldson (Caroline) of Orlando, Florida, and John F. Donaldson (Jennifer), of Baton Rouge, Louisiana. John gave Fred two granddaughters, Kaira and Madeline Donaldson. He has many loving cousins in Louisiana and one cousin here in Florida.
He was baptized in Lake Alto at the age of 12 and was a long time Christian member of the Waldo First Baptist Church. He was thankful for their help and prayers in his final days. The family is especially grateful to the Haven Hospice of Gainesville and all its staff that gave him attention. Any gifts in memory should be given to Haven Hospice of Gainesville or the Waldo Baptist Church.
Funeral Services will be held 11:00 am, Thursday, June 29, 2017 at First Baptist Church, Waldo, Fl with Pastor Jim Dubose officiating. Interment will take place at Evergreen Cemetery, Gainesville. Visitation will be held Wednesday, June 28, 2017 from 6:00pm to 8:00pm at Forest Meadows Funeral Home, 725 NW 23rd Ave., Gainesville.  Arrangements are under the care of Forest Meadows Funeral Home. 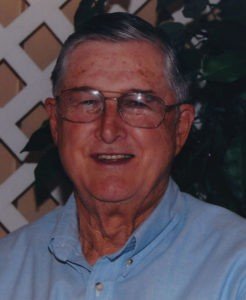