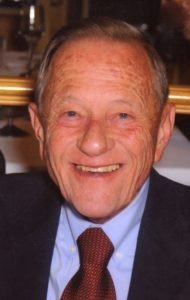 George William Law, a devoted family man whose easy smile and warm sense of humor endeared him to many, died on May 30, 2018, at age 74, from complications following a stroke.

George was born on November 15, 1943, in the small South Carolina town of Monck’s Corner, to Ellie and William Law. Upon graduating from high school, he enrolled at the University of South Carolina, and it was there that a friend set him up on a blind date to go to a USC freshman football game with a young woman named Mary Garrison. George loved football, and soon enough, he fell in love with Mary, too. They were married on November 27, 1969, and the following year, George received his bachelor’s degree in marketing from the USC business school.

Nationwide Insurance hired George shortly after his graduation, and he spent his entire career—which would ultimately span 35 years—working at the company. Mary and George raised two loving children, April and John, and the young family lived for a number of years in Atlanta before settling in Gainesville, Florida. George came to love Florida football as much as he did Gamecock football, and his favorite activities included watching games, working in the yard, taking long walks and perusing what was new at his favorite store, Wal-Mart.

Family was the cornerstone of George’s life. He doted on his grandchildren, Katharine, Zachary, Sara, Olivia, Wilson and Sophie—all of whom took particular delight when, each summer, he and Mary dressed up in pirate gear for their annual “pirate party,” complete with hidden treasure. And each fall, George and Mary took a trip with her two sisters, Sara Jo Dickey and Linda Fulmer, and their husbands Harvin and Ray; the three long-married couples remained close friends for decades. George was quick to laugh and always ready with a helping hand, and his warm and welcoming presence will truly be missed.

Visitation will be on Saturday, June 2 at 10 a.m. at Trinity United Methodist Church in Gainesville. Funeral services, officiated by family friend Justin Dicus, will be held at 11 a.m. after the visitation, with interment to follow at Forest Meadows Memorial Central.