He was preceded in death by his parents, Harry Dennis and Eva Sue Carter, his first wife of 34 years and mother of his children, Glenys Joan Leeper, mother-in-law, Mary Francis Leeper and Brother-in-law, John Will Leeper.

He served as a City Commissioner of Hawthorne. He was active in the American Legion Post 230 serving as past Post Commander, Finance Officer and rental coordinator.  He was a member of the First Baptist Church of Hawthorne, Florida.

Special thanks to the E.T.York Center, Haven Hospice, and the wonderful caring staff, also to Dr. Bhatia, Mindy and Kim of the Florida Cancer Specialists  as well as all the many friends who sent cards, gifts, love, and made visits during his convalescing.

Under the direction of Forrest Meadows, services will be held Friday, June 30th at the First Baptist Church of Hawthorne, 22027 SE 65th Ave. Visitation at 10:00 A.M., service at 11:00 A.M.  Burial will be at a later date at the National Cemetery in Jacksonville, FL. 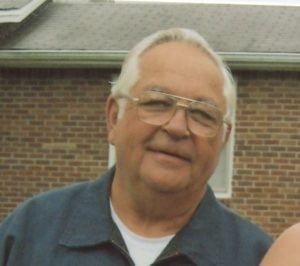