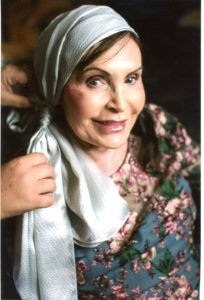 Henrietta Waitcus passed away peacefully on May 6, 2019 surrounded by family. She was born in Danville, Illinois on August 20, 1939, and graduated from Schlarman Catholic High School in 1957. After graduation, she entered into a secretarial training position with General Electric Company in Danville, Illinois. She married John Joseph Waitcus on January 9, 1960 at St. Mary’s Catholic Church in Westville, Illinois. The couple settled in Danville, Illinois where her husband began his career with Bell Telephone Company. Henrietta and John’s sons Gregory and John Jr. were born in Danville, Illinois on June 21, 1960 and May 1, 1963 respectively. Henrietta’s husband was later promoted to assistant commercial manager, and the family moved to Champagne, Illinois. In a career change, Henrietta and her husband started a local Volkswagen agency in Clinton, Iowa where Henrietta was office manager and vice president. They later obtained a Chrysler agency. While in Iowa, Henrietta joined a local hospital volunteer chapter called “Blue Ladies”, and she developed an interest in interior decorating.

In another career move, Henrietta and her husband sold the Volkswagen and Chrysler agency in 1978 and moved to Gainesville, Florida. The couple purchased the local Volkswagen, Porsche and Audi Agency in 1978, and later added BMW. The agency was named Northgate Motor Cars. After a successful 9-year run, the couple sold the import agency in 1988. The same year, they acquired the Ford agency in Alachua, Florida which is currently managed by their son, vice president, and general manager, Gregory Waitcus. The agency is still owned by John and Henrietta, but they are not currently involved in the business. While living in Gainesville, they were actively involved in Queen of Peace Catholic Church.

Henrietta and her husband’s maternal and paternal grandparents immigrated from Lithuania in 1898. Henrietta and John could speak limited Lithuanian which they learned from their grandparents. During the duration of the auto business in Gainesville, they met a successful businessman who was born in Lithuania. Several trips to Lithuania, after the country declared independence, began a new chapter for the couple once again. Land investments in Lithuania by Henrietta and her husband were successful. Henrietta’s interest in following the stock market proved to be helpful in land acquisitions.

A Funeral Mass for Henrietta will be held Saturday May 11, 2019 at 11:30 am at Queen of Peace Catholic Community Church 10900 SW 24th AVE, Gainesville, FL 32607. A reception will follow in the fellowship hall with a committal service at Forest Meadows Memorial Park Central. In lieu of Flowers please make a donation to the St Jude’s Children’s research hospital, 262 Danny Thomas Place, Memphis, Tenn. 38105