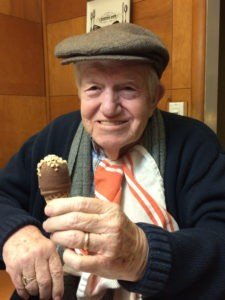 James (Jim) Kimbrough was born Nov. 7, 1934, in Webster County, Mississippi, the oldest son of Felix and Ethel Kimbrough. The oldest boy in a family with ten children, he grew up on a farm, learning to work very hard from an early age. He would later say that his desire to NOT be a farmer was what gave him the drive to excel in school. James (known as Buddy to his family in Mississippi) graduated from Sunflower Junior College, received Bachelor and Master degrees from Mississippi State University, and then went to Cornell University on a full fellowship to earn his Doctorate. Upon receiving his PhD, Dr. Kimbrough accepted a professorship at the University of Florida, where he taught Mycology for 46 years. James and his wife, Jane, had an open door policy with everyone, constantly opening their home to neighbors, church friends, UF students and faculty, even strangers in need. In search of mushrooms, James, Jane, and their three kids were able to travel to almost every state, as well as internationally. The most memorable vacations were adventures, treks across the country with a tent and several jars of peanut butter—collecting mushrooms everywhere and laughing all the way. James constantly demonstrated his love for his children, grandchildren, extended family, church, students, colleagues and friends—always with rapt and loving attention, always with a servant’s heart. He leaves a wonderful legacy of faith, family, love and laughter. James went to be with his Lord and Savior, Jesus Christ, on Jan. 21, 2017. He leaves behind his wife, Jane, and their children and spouses, Dawn and Jake Allman, Jeff and Dede Kimbrough, Jay and Kasey Kimbrough; seven grandchildren and two great-grandchildren; three sisters, Thelma Edmonds, Mary York, Sandra Turner; two brothers, Lamar Kimbrough, John Kimbrough; and many special nieces and nephews. A celebration of his life will be held on Saturday, Feb. 4, 2017, at 11:00 AM at Northwest Baptist Church, 5514 NW 23rd Avenue, Gainesville. In lieu of flowers, the family requests that you give to your church, your favorite charity or the National Parkinson Foundation (parkinson.org).