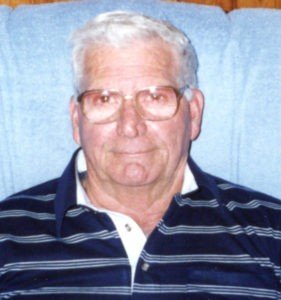 James Winston Dear was born to Ruby and Clarence Dear on June 20, 1933 in Largo, Florida. He was the youngest of 5 children. James went into the arms of Jesus on June 15, 2019. Known as “Buddy” to his family, James had to live with his grandmother Minnie and other extended family members when his parents died early. As a young schoolboy, he attended Central School in McAlpin, Florida. It was a one room schoolhouse and it would be here as an eighth grader that he would meet his future wife, Iva, who was a fifth grader at the time. He graduated from Suwannee High School, Live Oak, Florida in 1951. Not long after, he joined the Marine Corps. He married Ivadean Daughtry, April 8, 1956.

James was in the Marine Corps for 20 years and retired as a Gunnery Sergeant. The Marines sent him to many places including Korea, Guadalcanal, and Vietnam. After retiring in 1971, James, Iva, and their three children, Jill, Joseph, Jan, settled on three acres in the Jonesville area outside of Gainesville, FL. After working for Tom’s Peanuts and Harbor Chevrolet, James would start a new career as a Water Line Locator with the City of Gainesville. While with the City, he become a member of the Communications Workers of America and worked diligently for good of his fellow members. He retired from the City in 1998. James and Iva were married for 63 years as of April 8, 2019.

James, “Buddy” has learned lessons of hard work from his grandmother. James loves God, valued responsibility and commitment, and following the Golden Rule by doing good to others. James has hobbies such as playing golf, attending Gators games, and spending time on the computer. Although James did not always express his love, when you heard him say that he loved you, you knew he meant it. He believed in things being done right and if you didn’t get results at first, you were to continue to pursue the goal.

A funeral service will be on June 22, 2019 at Christian Life Fellowship Church, 19817 W. Newberry Rd., Newberry, FL. A visitation will start from 10:00-11:00 am with services beginning at 11:00 am.
A graveside service will follow at the Forest Meadows Memorial Park East, 3700 S.E. Hawthorne Rd., Gainesville, FL. In lieu of flowers, please make a donation to the Disabled American Veterans at dav.org.
A reception will follow the graveside service at Veterans of Foreign Wars Post 21, 1150 NE Waldo Rd. in Gainesville, FL.