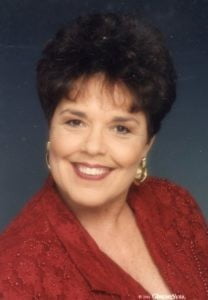 Janet Virginia Burleson, also known as Mama by daughters and Minky by her grandchildren, age 78, left us on July 20, 2020 to join friends and family waiting on the other side. She passed peacefully at her Gainesville home with her husband and two daughters by her side. Janet was born in Detroit, Michigan on March 15, 1942. Her parents were Eugene and Dorothy Zeak. She was a member of the band and 1960 graduate of Winter Park High School, Winter Park, Florida. After she married in 1961, she lived in Bartow, Lakeland, Tampa, Tallahassee (twice), and Gainesville (four times). While in Tallahassee she worked for Sears for 13 years. After leaving Sears she referred to herself as “a kept woman” preferring to raise her daughters and keep her husband in line. She was a member of ESA International Sorority, Alpha Iota Chapter #4108 in Tallahassee and was President of that chapter in 1982-83. The chapter worked as a philanthropic organization helping fund St. Jude Children’s Hospital. In Gainesville she was a member of The Fightin Gator Touchdown Club and an active member of The Gator Dugout Club. Janet enjoyed bowling, travelling to Gator sporting events, yearly vacations with the grandchildren, and dancing. Her best sporting moments were being at all three Gator football championships, one Gator basketball championship, and the 2017 College World Series watching the Gator Baseball team become National Champions. Janet had a caring and winning smile and not a mean bone in her body. She often said “Do not hate people. You can dislike some but DO NOT HATE!” Janet is survived by husband Gordon, daughters Julia Forgas (John), Pamela Mills (Scott), grandchildren Cassie Taylor (Lee), Hannah Mills, Ryan Forgas and great granddaughter Vivian Taylor. A family only graveside memorial at Forest Meadows Cemetery Central will be held Friday, July 24 at 2:00 PM. Once it becomes totally safe, the family intends to have a celebration of life honoring Janet and all friends and family will be invited. In lieu of flowers the family is asking that Memorial contributions be made in the name of Janet Burleson to support the Gator Dugout Club Legacy Gift Fund. Please make checks payable to Gator Boosters, Inc. indicating such and send to: Gator Boosters, Inc., Attn. Garrett Bell, P.O. Box 13796, Gainesville, FL 32604