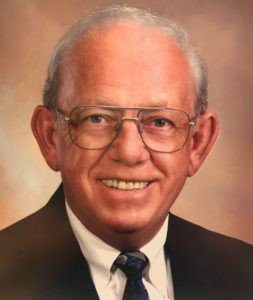 John Andrew Cornell, 75, died peacefully in his home on July 10, 2016, surrounded by his family. He was born in Westerly Rhode Island, on April 29, 1941 to Leo and Edith Margaret Cornell.

He graduated from Venice High School in 1958 and married the love of his life, Natalie, on June 22, 1963. He received his Bachelor and Master Degrees from the University of Florida and his PhD from Virginia Polytechnic Institute in 1969. He and Natalie came back to Gainesville where he joined the faculty in the Department of Statistics. He remained at the University his entire career where he retired after 35 years as a full professor.

He and Natalie and their two sons lived in England for a year while he was on an exchange with a colleague from Birkbeck, University of London. That year abroad was one of the highlights of their life and began a lifetime of family travel.
He was a long-time member of the St. Augustine’s Catholic Student Center. He was a member of the Phi Gamma Delta fraternity. He coached both his sons in baseball at the Boys Club and was active in their lives. He enjoyed playing golf, visiting the beach, and collecting antique corkscrews and toasting forks.

His parents and his only sister, Penny Davis, preceded him in death.
He is survived by his wife of 53 years, Natalie; children John Cornell, Jr., Ken (Angela) Cornell; grandchildren Connor, Christopher, Jack, and Sam; sister-in-law Lydia; nephew and nieces Skipper, Dixie, and Susie. He will be greatly missed by his family.

Arrangements are under the care of Forest Meadows Funeral Home, Gainesville, FL.