John “Jack” Joseph Baier 73, was born on January 10, 1942 in Jersey City, New Jersey to John Albert and Genevieve Wallach Baier, where he resided until he was a teenager. When moving to the woods in northern New Jersey, he developed a lifelong love of hunting, hounds, and the great outdoors. After losing his father as a child, his mother remarried, Franklin E. Perkins. Later in life, he moved to upstate New York and fell in love with bird hunting. He spent time breeding Brittany Spaniels and training bird dogs for others. His services were in high demand where many dogs attended Jack’s hunting college.
Jack was a construction inspector and a police commissioner in upstate New York and retired in 1992. He moved to Florida (keeping his accent), with the goal of starting “Turkey Run Gun Club,” a sporting clays, skeet, and trap range in Alachua. He cleared the land, built towers, and designed the course, taking much joy in doing this all by himself.
After retiring for the second time (nine years ago), he moved to Union County where he continued his love of dog training and breeding and began chicken breeding, as well.
He served in the Army at Fort Knox, Kentucky. He began as a tank mechanic and later after his skill of shooting was noticed, became a trainer for Vietnamese soldiers being taught to shoot here in the US. He was also a member of the pistol team.
Jack married in 1965 and was married for 50 years to his beloved wife, Ellen. She remembers him as a great story teller to the extent of stretching the truth until it was paper thin as well as a thoughtful giver. A close friend once suggested that she receive a well deserving medal for enduring his night hunting, sloppy habits, and junk collecting. Jack was a last minute kind of gift giver. On his fifteenth wedding anniversary, he was unable to travel due to a snowstorm and decided to make Ellen a medal out of construction paper.
Jack is survived by his wife Ellen, son Jack (Carol), grandchildren (Rachel, John, and Rebecca), and brother Ed (Lynn) Perkins of Holly Hill, Florida, Brother Tom (Cherie) Perkins of Sparta, New Jersey, and 9 nieces and nephews. He was so proud of his son and family. He always spoke of what great parents Jack and Carol was and how amazing, smart, beautiful and handsome his grandchildren were to anyone he came in contact with.
Mr. Baier is predeceased by his parents, step father and his brother Frank Perkins.
A Memorial Service is scheduled for Saturday, July 11, 2015 at 2:00 p.m. at Evans Carter Funeral Home Chapel, 220 N. Main St., High Springs, FL 32643, 386-454-2444.
In lieu of flowers, the family has requested donations be made to Haven Hospice, 4200 NW 90th Blvd., Gainesville, FL, 32606. 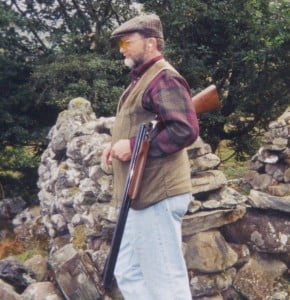