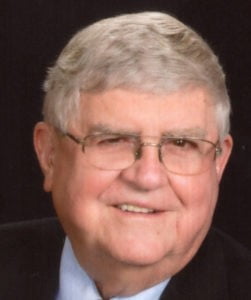 Phil was born in Palatka, Florida, May 15, 1934, to John Wesley “Jack” Weidler and Malinda Gatlin Weidler.  He attended public schools in Perry, Florida, but graduated from Cocoa High School in 1952.  He attended the University of Florida before serving in the US Army for two years. He spent fifteen months of his service in Korea. Afterwards, he returned and graduated from the University of Florida in 1958, with a BA in Real Estate and a minor in Economics.

A visitation will be held at First Baptist Church of Gainesville, Florida, at 14105 NW 39th Avenue from 11:00 am to 1:00 pm on Saturday, November 18, 2017, with a funeral service immediately following in the sanctuary.  Afterward, a brief graveside service will be held at Forest Meadows Central at 4100 NW 39th Avenue.

In lieu of flowers, memorial contributions may be made to the First Baptist Church of Gainesville, Florida, Endowment Fund or Haven Hospice.