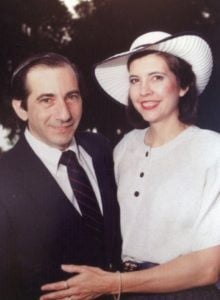 Joseph (Joe) Carmine Piazza was born July 16, 1944 in Flushing, NY to his parents Dominick and Concetta Nicolini Piazza. His sister Patricia was born in 1948 and predeceased him.  Joe is survived by his wife, Elizabeth A. Piazza, his two sons, Andrew J. and Joseph D. Piazza, grandson, Gavin Piazza, niece Renee Sikora and nephew Joseph Sikora.  By far his most important roles were as loving husband, father, grandfather and uncle.  He was a kind and humble man who looked down on no one.

From 1965-66, he worked for Grumman Aircraft assembling the Gulfstream II jet aircraft. While at Grumman, he worked on the Lunar Module spacecraft.

In 1967, Joe started working at Eastern Airlines as a sheet metal repairman, while taking flying lessons on the side. While piloting his Cessna 150 over Bunnell, FL in the late hours of January 6, 1972, a Cessna 182 collided with the tail of his aircraft.  The crash claimed the lives of Joe’s best friend, Eugene L Ondrizek and the occupants of the other aircraft.  After the crash, Joe moved to Miami, FL where he met Elizabeth (Liz) Youhouse.  On September 13, 1975, the two married.  Upon Liz’s graduation from the University of Florida College of Pharmacy in 1977, the two decided to call Gainesville home.

In 1976, Joe procured employment at a Gainesville flight school/charter company by the name of Sopwith Camel. It was there that Joe served as chief flight instructor and chief pilot from 1977 to 1981.  In 1981, Joe purchased Sopwith Camel, which he later renamed Gulf Atlantic Airways.  Under his leadership, Gulf Atlantic Airways provided aircraft charter and flight instruction services leading to the creation of many jobs.

After 10 years, an interested investor acquired Gulf Atlantic Airways. Joe remained as Director of Operations for the charter department.  To this day, Gulf Atlantic Airways (now known as University Air Center) continues to operate; its longevity unmatched by any other business at the Gainesville Regional Airport.

In 2006, he left University Air Center to help start another aircraft charter business known as RD Air Services. He became Director of Operations and Operations Manager.  By that time, his experience ranged from Cessna-150’s to Cessna Citations and had led to the accumulation of over 18,000 hours of logged flight time.  Joe’s 40 year career in aviation has led to the improvement of Gainesville Regional Airport and the general aviation community.

Joe’s legacy lives on in his children. His oldest son, Joseph, is a pilot for the University of Florida Athletic Association and his youngest son, Andrew, is currently pursuing a PhD in Health Education and Promotion at the University of Alabama, in Tuscaloosa.

He will be sorely missed by his family, as well as all who knew him.