Obituary of Kathryn Marion Beck
Born September 16, 1929 to Oscar M. Ulstad and Tilda Christine (CelestaTorkelson) Ulstad in Appleton, Minnesota.
Passed away March 11, 2017 at Haven Hospice Center, Gainesville, Florida.
Kathryn attended District 29 country school a mile from her farm home for eight years.  She graduated from Appleton High School in 1946. After High School she attended St Cloud State College.  She taught business classes at  Atwater High School in Minnesota.  After one year of teaching she took a position as a ticket agent for Mid-Continent Airlines in Minneapolis (later to become Braniff Airlines).  She entered the ground floor of computers as a computer programmer for Apache Corporation in Minneapolis and was later employed, until her retirement, by the University of Florida in Gainesville Florida.
Kathryn married Julius Spainhower in October 1975 and they moved to Gainesville, Florida. Julius passed away in 1983.  In 1996 Kathryn married Harris Beck.  Harris passed away in 2013.
During her lifetime she enjoyed reading, jigsaw puzzles, gambling, and family.  She traveled extensively and had a diary of every mile flown on commercial airlines to all six inhabited continents.  She also loved the warmth of Florida.
She  was preceded in death by her parents, her brother Charles Ulstad, her brother John Ulstad, her sister-in-law Arlene L. Ulstad, a nephew Robert Ulstad, her husband Julius Spainhower, and her husband Harris Beck.
She is survived by five nieces and nephews:  Lee Ulstad (Debra) of Madison MN, Laurie Ulstad of Dawson MN,  Charlene (Milton) Ulstad-Warkentien of Roseville MN, Gary (Cindy) Ulstad of Monticello MN, and Karen (Randy) Feld of Eagan MN.  She is  survived by a her sister-in-law Arlene I. Ulstad of Madison MN.  She is also survived by two stepchildren:  Judy (Spainhower) Gergen of Fertile IA and David Beck of Atlanta GA.
The family will receive guests for a visitation on Friday, March 17th at 10 a.m. at Chapel in the Meadows at 4100 NW 39th Ave., Gainesville, Fl. (352)378-2528. A funeral service will follow at 11am with Pastor John Glover of First Lutheran Church, presiding.
In lieu of flowers, the family asks that donations be made to E. T. York Care Center, Haven Hospice or your favorite charity.  Arrangements are under the care of Forest Meadows Funeral Home, Gainesville, Fl. 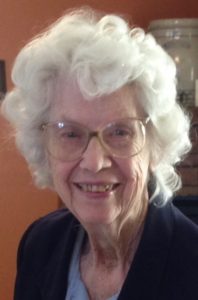