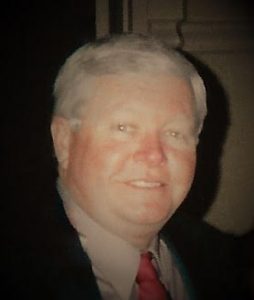 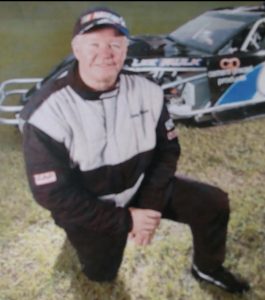 Larry was born the middle child of Horace and Wilma Martin in Leesburg, Florida.  They moved to Gainesville in the early 60’s.  Larry attended Gainesville High School and was a member of the Florida National Guard.  He was in the automobile salvage business all his life. It was there that Larry would find his calling, and his passion for racing. He started racing in 1975, and continued for close to 30 years. Larry was a Regional Manager, and retired from LKQ Auto Parts.

In 1975, he married the love of his life Elaine Sauls Martin of Williston, Florida.  They had one daughter Erica, to say that she was the apple of his eye was an understatement.

Larry left behind many friends.  He was a kind, gentle man and always the life of the party.  Larry was always ready with a quick smile or a joke but he had a twinkle in his eye that made you think he was up to something (and he probably was).  Larry was a racer of stock cars for 43 years… it was his passion and he was good at it.  He forged many friendships while racing that have endured to this day.  Larry was much loved by his hunting buddies and his racing family.

His memory will be forever in our hearts.  He is preceded in death by this mother, Wilma L. Martin.  He is survived by his wife, Elaine Martin of 46 years; his daughter, Erica Martin; father, Horace F. Martin; sister, Lynn Tharpe (Butch); brother, Dale Martin; many aunts, uncles, in-laws, nieces and nephews.  Rest in peace at that big race track in the sky!  God speed my friend.

In lieu of flowers, please consider a contribution to Victory Junction (victoryjunction.org) or a charity of your choice.