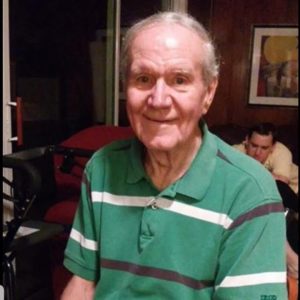 Mr. Clowers was born October 27, 1930 in Pine Bluff, Ark. to Blanch and Duff Clowers. A child of the Great Depression, he learned the importance of volunteering and service above self, thus dedicating his career and personal pursuits to civic service. A deacon in his church, Mr. Clowers lived humbly by the tenets of Reverence to God, Devotion to Country, Integrity, Justice, Tolerance and Service.

Mr. Clowers spent the bulk of his career serving in the State of Florida from 1965 until his retirement in During his tenure with the State, he conducted public relations activities for six consecutive Governors, later moving to the Departments of Community Affairs, and Labor.

Prior to joining the State government, Mr. Clowers served for six years in the US Air Force during the Korean War, rising to the rank of Staff Sergeant. He originally trained to be a pilot, only to be reassigned at the outbreak of the war, and served tours in Japan.

A lifelong Seminole fan, Mr. Clowers was a 1957 graduate of Florida State University, receiving a Bachelors of Arts degree in Business, and was the Delta Sigma Pi fraternity president.

Mr. Clowers is survived by his beloved wife of 48 years, Constance Clowers; his children, Edwin, Eric and Claira Clowers, George, Keith and Alicia Michaels; and many grand and great grandchildren. He is preceded in death by, Bruce Michaels (2016).

Service will be in the Chapel in the Meadows @ Forest Meadows Cemetery . Friday, January 22, 2021 at 2pm.  Following service there will be a gathering at a residence. Family will provide information at the service.

Arrangements are under the care of Forest Meadows Funeral Home, Gainesville, FL