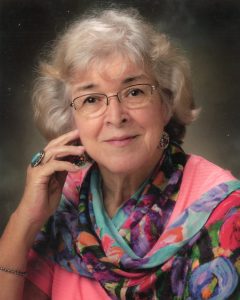 Linda Mae Sigsby, 77, of Gainesville, FL, passed away on October 3, 2020 at Haven Hospice. Linda was born in Port Huron, MI, on November 21, 1942 and her parents were Lyle and Edna Sigsby. She attended Yale High School in Yale, MI. Linda went on to the University of Michigan where she earned a full scholarship and attained a bachelor’s degree in nursing. Linda cared for polio and chemotherapy patients as a nursing student. She attended Northern Illinois University where she earned a master’s degree in nursing.

Linda later became an operating room nurse, OR head nurse, professor, and dean of nursing. At Iowa Wesleyan University, Mt. Pleasant, IA, Linda was a professor of nursing from 1978-1990. She earned the J. Raymond Chadwick Distinguished Teaching Award in 1980 and later became dean of the nursing department.  From 1990-2008,  Linda served as an assistant professor of nursing at the University of Florida where she was awarded the Teacher of the Year for 2007-2008. A dedicated nursing professional, Linda was active in the Association of periOperative Registered Nurses (AORN) and the International Council of Women’s Health Issues (ICOWHI). She published research in the fields of women’s health, clinical nursing through patient care, and perioperative nursing where her drive for early engagement of nursing students in the specialty was recognized as a bridge for improving nursing education and expertise in the field.

Linda’s love of travel began at a young age visiting Canada and her family cross country trip across the continental United States. Her love of travel continued throughout her lifetime including a recent trip to Alaska. Linda traveled internationally where she particularly enjoyed Italy, England, France, Australia, New Zealand, Denmark, Sweden, and Norway. She was eager to travel again and was planning her next adventure. Linda had many life enriching experiences — spending time in her garden, camping, experiencing nature, art and entertainment, Gator games, lively conversations, and spending time with family and friends. Linda was known for her kindness, generosity, friendship, humor, independence, and caregiving.

A celebration of life will be held in Gainesville, FL, within the coming weeks at Forest Meadows Funeral Home. For those wishing to honor Linda, contributions to Haven Hospice, Doctors Without Borders, or National Parks are thoughtful considerations.