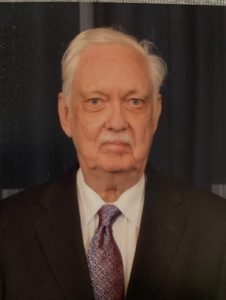 Lodewyk H.S. VanMierop. “Dr. Bob” passed away on October 17, 2021. He was 94 years old.  Dr. VanMierop was born in Soerbaja, Indonesia and grew up on the island of Java. There, he developed a love of nature and dreamed of becoming a scientist. As a teenager he and his family survived a Japanese internment camp during WWII.  After the war, the family moved to Holland, where he caught up on his education and later attended medical school at the University of Leiden.  While on a ship to the US, he was given the nickname “Bob” by two young ladies who could not pronounce “Lodewyk”! It was at Albany Medical Center that he met and married a young nurse, Elizabeth Graff – the love of his life. Five children followed and the family moved to Gainesville, Florida in 1966. Dr. VanMierop joined the Pediatric Cardiology Group at the University of Florida, Shand’s Hospital, and later became Chairman of Pediatrics. While in Florida, he became extremely interested in the study of snakes and snakebites. Inside the VanMierop home were many large cages with snakes from all over the world! Over time, he also became a well-known expert on the treatment of snakebites. Our Dad was a remarkable father, husband, doctor and scientist who loved nature and science and took great joy in taking care of sick children and making them well again. Dr. VanMierop is survived by his five children: Lizabeth, Diana, Bobby, Juliana and Pete, and their families. No funeral is planned. The family will have a private memorial event at a later date to celebrate the lives of our beloved Mother and Father.