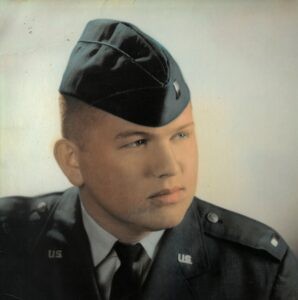 He attended college at Miami (Ohio) University and the University of Florida, graduating with a degree in psychology.

Jim immediately joined the Air Force and was sent to Lackland AFB, Texas. Once commissioned, he served in the Vietnam War as a navigator on the Phantom F4 Fighter Jet. When he extended for an additional tour, he served with several medical evacuation units. At the end of the war, he was sent to Spangdahlem Air Force Base, Germany. In 1974, he retired from active duty while continuing to serve in the reserves for an additional 12 years. Jim’s love for the military continued for the remainder of his life.

During his retirement years, Jim became instrumental in establishing the Fraternal Order of Eagles Club in Gainesville. As a founding member, he was recently recognized for his decades of service and support to the organization. He also enjoyed boating, fishing, and cheering on his beloved Gators!

In lieu of flowers donations may be made in Jim’s memory to: Fraternal Order of Eagles; 7118 W. University Ave. Gainesville, FL 32607