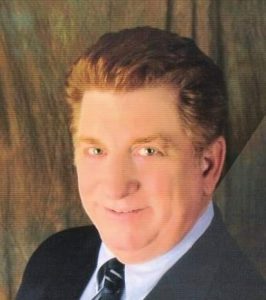 Veteran Alzheimer’s Disease Advocate, Healthcare Professional and Amateur Photographer Mark Warren Moore died peacefully at Haven Hospice on September 28th, 2021 in Orange Park, FL at the age of 73 reaching his lifelong destination to be resting in God’s arms.  Mark was devoted to God, his family and friends, and his love of people made him a friend to all.

Mark is survived by his loving daughter Tiffany Moore and her fiancé, Aaron Smith of Gresham, Oregon.  Mark will never forget his wonderful princesses (granddaughters) in life: Anna Marie, Hailey, Alana, Savannah, Alexa, Scarlett, Abby and Selena, Valerie all of Orange Park, Florida.  His close family cousins Sue McCaw and her husband Everett in Burnham, Maine and Jeff and his wife Sybil Henry of Ft. Meyers, Florida, and Sam, his long-time “little sister” (friend) from Ft. Worth, Texas.  A multitude of cousins and friends shared his life.  Mark is preceded in death by his mother, Dorothy and her husband Julius Smith of Oregon City and biological father, Lugene Moore, of Dallas, Texas.  Grandparents Myrtle Anderson of Arlington, Texas, His Aunts and Uncles Margie and T.A. Bramlett of Weatherford, Texas, Helen & Ed Taylor and son Larry of Tigard, Oregon, Bill and Louise Moody, and Bruce, Frank, Orin, Melvin all of Arlington, Texas.  He dearly loved the many special people and prayer warriors from First Baptist of Orange Park, especially his signing group, and Arlington Heights High School of Ft. Worth, Texas.

Mark was born on August 23, 1948 in San Diego to Dorothy and Lugene Moore.  His family moved to Ft. Worth, Texas, where his brother Keith was born.  Mark graduated from Arlington Heights High School in 1966 and moved to Tigard, Oregon upon graduation.  Mark enlisted in the Air Force in 1966, spending 10 years of active duty in Washington State, Germany, North Dakota and Arizona.  He returned to Pikes Peak Community College, earning the status of Colorado Scholar during matriculation.  He then attended Virginia Wesleyan College earning his B.S. degree in psychology and history, serving a multitude of school organizations.  Mark was a proud brother of Sigma Nu and recipient of a National Psi Chi Service Award on Nova Southeastern University’s campus where he earned his master’s degree in 1982.  He did some post-graduate training as well but his dedication to others changed his direction.  Mark began his professional career in ethical pharmaceuticals (Reed and Carnrick of Piscataway, NJ), and moved on into the field of working with the elderly, specializing in those who suffered from dementia or other memory disorders, especially Alzheimer’s disease.  He ran various dementia care units and developed a very successful program called “My One Wish” for elderly who were on Medicaid or some other form of public assistance.  The funds to operate were mainly contributions from the businesses or teams such as Disney, Ringling Brothers, and Jacksonville Jaguars.  Marks’ last few years were spent as a professional healthcare trainer/speaker and advocate for the NE Florida Alzheimer’s Association.  He also volunteered with the V.A. Clinic in Jacksonville, FL as a patient advocate.

In lieu of flowers, he requested donations be made to the VA Fisher House Foundation and Project Wounded Warrior.