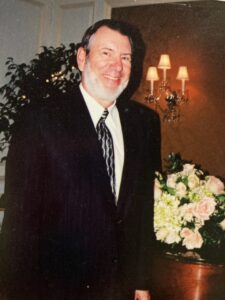 Melvin Floyd Winkler passed away Friday, July 29th 2022 at Williston Care Center following a brief illness. He was born November 13, 1938 to Floyd Bertram and Mary Helen Garman Winkler in Wadsworth, Ohio. His brother Ross joined the family a few years later. At an early age the Family bought a 30 acre farm near Creston, Ohio where they raised, pigs, chickens and mostly beef cattle. The family worked the farm for over fifty years, while his father also worked as a precision machinist. Mel attended the local Creston schools, graduating from Norwayne High School in 1956. Following High School he ventured to Indiana for an attempt at the college life. When he returned home he worked various jobs including construction, dry wall and painting achieving master level skills in all, which he taught and shared with anyone that wanted to learn. Upon his return, he also met the love of his life, Joan Marie Starkey, on a blind date, during a trip to the lake with his boat to go waterskiing. It was fate and although they knew of each other before this trip, they had never been close. Mel and Joan were married October 11, 1958 and have been married for 63 beautiful years. Three children, Richard, Kathryn, and Russell joined the happy couple. In 1966, Mel took a chance on a new company, Fabco-Air, Inc., as the number 3 employee. While working at Fabco-Air he became a highly skilled machinist, and manager. In 1970, the company had grown beyond the facility they were housed in and a decision was made to relocate to a new location and better weather in Gainesville, FL. Mel and family made the move in July of 1971 and he continued with the company until 1981 at which time he took a similar position at Bear Archery, retiring in 2001. Having been an avid water skier since a teenager, moving the family showed great promise and the family was able to purchase lake front property on Lily Lake in Melrose, FL. Encouraging this sport was always a high priority and with his, and other parents on the lake’s support and guidance, the kids on the lake formed the Lily Lake Ski Club team, currently know as the Gatorland Water Ski Show 1980 and the group is active to this day. With his machining skills and a shop at his home, many specialized items were designed and produced to help build and improve the ski club. He also spent countless hours driving the boat for practices and shows. He and Joan continue to host the club at their home. Mel and Joan always loved traveling and camping, visiting Mexico and Canada as well as 49 of the 50 states, somehow missing Oklahoma. Following their retirement, they purchased a 1980 Airstream and spent many years traveling the country to visit family and friends, as well as attend Airstream rallies as far away as North Dakota. He also became an avid Golfer, achieving that elusive hole in one. Mel is survived by his Wife of 63 years, Joan. One brother, Ross (Debra) Winkler. Three children, Rick (Tony Taylor) Winkler, Kathy (Mark) Tomassi, and Rusty (Laura) Winkler. Nine grandchildren, Geoffrey, Zachary (Natalie), Reid, Grant, Shelby, Samantha (Lindsey), Patrick, Boone and Piper (Josh), as well as three great grandchildren, Kolton, Luna, and Quinn. May we all be blessed with his helpful, caring, and loving spirit.
The family will receive friends for visitation on August 3 from 6-8pm at Forrest Meadows Funeral Home, 725 NW 23rd Avenue, Gainesville, FL Funeral services will be held on August 4, at 11am, at Faith Presbyterian Church, 2738 State Road 21, Melrose, FL. Join the family for lunch, at the church, following the service, in you can. Following lunch we will proceed to Forrest Meadows Central, 4100 NW 39th Avenue, Gainesville, FL for interment and final words of love.