Mrs. Rita Rose (Kozdron) Limpert, age 89, joined her beloved husband, Joseph (“Joe”) in heaven on May 18, 2017. Rita was born in Pittsburgh, PA on April 11, 1928, to Rose and Joseph Kozdron; she was one of 8 siblings. She attended Holy Family Catholic School, Arsenal Jr. High, and Schenley Sr. High while growing up in the Lawrenceville district of Pittsburgh. After graduating from high school, Rita took shorthand and typing classes at a local business school, while working part-time and caring for her mother. After completing the required courses, she became a legal secretary for a patent law firm. Rita and Joe were married on June 21, 1952, and Rita continued to work as a legal secretary until she became a stay-at-home mom. In 1963, Rita, Joe & family moved to Butler, PA and then relocated to Gainesville, FL in 1966 with the opening of the Malcolm Randall VA Medical Center, where Joe Limpert worked as the Chief, Engineering officer for 18 years.

While raising a family in Gainesville, Rita also worked as a full-time legal secretary for Fagan, Crouch, Anderson & Folds, and then worked part-time for Clara Floyd Gehan (the first woman to graduate from the UF College of Law). Rita attended night school to study Spanish. She loved to travel, and learned the languages of countries she would visit; she knew how to read and converse in 6 foreign languages.

Rita was an artist, oil painting being her favorite medium. She displayed her artwork, seascapes, landscapes, and miniatures on numerous art shows throughout Florida. She was a member of the Gainesville Fine Arts Assn. Her oil painting of a street scene in Saint Augustine, FL made the cover of North Florida Living Magazine’s June 1984 edition.

She was a wonderful mother to her four children who will dearly miss her: Elizabeth “Lisa” A. Limpert (Anthony “Tony” Muschera), Vicky Limpert Martin (Barry D. Martin), Joseph A. Limpert (Susan C. Martin), and Susan M. Limpert. She is also survived by three grandchildren, Joseph M. Limpert, Michael A. Limpert (Chani Lorentz), and Jenna E. Pistone. She is also survived by two sisters-in-law, a brother-in-law, and several nieces, nephews, and cousins.

Many thanks are extended to the wonderful and attentive staff at Azalea Trace Memory Care Unit, The Village, Gainesville, FL, who took care of Rita for 5 years. The family’s heartfelt gratitude goes to the LPN’s and CNA’s who assisted Rita daily. Also, the family wishes to thank the caring and compassionate staff at The Gainesville Health Care Center and Haven Hospice who helped care for Rita until her passing.

Cremation and burial arrangements are under the care of Forest Meadows Funeral Home. Interment will be at the Florida National Cemetery, Bushnell, FL, beside her husband, Joe. The family will have a “Celebration of Life” memorial at a later date. If you would like to make a donation in Rita’s memory, please give to the Alzheimer’s Association (www.alz.org) or to Haven Hospice, 4200 NW 90th Blvd., Gainesville, FL 32606. 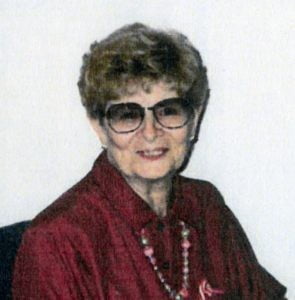