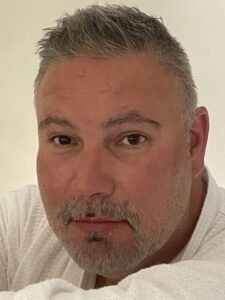 Norman Douglas Burgess, “Doug” 53, of High Springs, FL. passed away on Thursday, 3/31/2022. Doug was born on August 30, 1968 in Red Bank, New Jersey to Norman Douglas and Stephanie (Habala) Burgess.  Doug worked as a Shipping Warehouse Supervisor for29 years with Sandvic.

He enjoyed all sporting activities, football, golf, fishing, family, the Boston Red Sox, four wheeling, mud-bogging, NASCAR and just mainly having a good time. Growing up he was an Eagle Scout where his father Norman Burgess was the Assistant Scout Leader.

Doug is survived by his five children: Daughter Hailey Burgess, Daughter Hannah Burgess, Daughter Bethany Burgess, Son Jesse Burgess, and Son Boston Burgess. He also leaves behind his two sisters Kris Edwards and Jamie Burgess and his brother Ben Burgess. Several nieces and nephews, as well as those he loved unconditionally.  In addition, he also leaves behind several cousins, uncles, aunts, and so many friends that were family to him.

There will be a viewing for him on Saturday,  April 9, 2022 @1pm for immediate family, and @2pm for all other friends and family that would like to show their respect at Forest Meadows Funeral Home; 725 NW 23rd Ave, Gainesville, FL 32609. A Service of Remembrance will be held at 4:00 pm. It’s at this time family and friends will be able to share their love and experiences they had with Doug and to celebrate his life. After the remembrance there will be a Celebration of life at 3942 SW 4th Place, Gainesville, FL 32607.

The family is asking that all flowers please be sent to Forest Meadows.