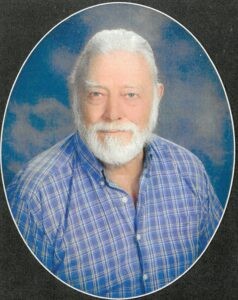 Norman Lee Farmer, Sr was born on July 10, 1933 in Houston Texas.  The son of Percy Farmer Sr and Lucille Turner.   Norman was brother to Sue Knudson and half-brother to Percy Farmer Jr.  He lived in Douglas and Clifton Texas.  He graduated Clifton High School.  He started college at Texas A&M University and eventually transferred to University of Florida in Gainesville, Florida, where he studied at the College of Agriculture from which he received his Bachelor’s degree in 1956.  He was active in the Delta Sigma Phi fraternity, The Arnold Air Society, and as Cadet Wing Commander of Det 150 USAF ROTC program at UF. Norm met and married Beatrice Linke while at the University of Florida in 1954.  They had four sons and one daughter.

Norman was commissioned and entered the US Air Force in 1956 and served 23 years as Navigator for various flying units.  During his 23 years of service, he served in Vietnam from 1966 to 1967 as a forward air controller near the DMZ.  While in Vietnam he was awarded the Distinguish Flying Cross, the Silver Star, and many Air Medals for bravery under fire in combat.  Norman returned to the University of Florida as Air Force ROTC instructor of Air Science.  While at UF he obtained a Master’s degree in Math. Norman would be assigned to many Air Force flying units in Japan, Guam, California, Florida, Puerto Rico Mississippi. His final assignment was at Keesler Air Force Base in Mississippi where he flew as a Hurricane Hunter for many years until he retired from the Air Force in 1976.

Following his military retirement, he received a Master’s degree in Education in 1977 and then became a Math teacher a Nichols Junior High School in Biloxi, Mississippi, until 1982.  In 1982 he and Bea returned to Alachua, Florida and settled onto a twenty-acre farm outside of Alachua.   Norman took a position teaching for several years at Oak Hall High School.  In 1984, he took a position as High School Math instructor at Trenton High School until his retirement in 1998.

Norman remained active serving to his two churches: Covenant Presbyterian and Westminster Presbyterian of Gainesville, Florida.  He was active as board member of the Preserve, a young man’s transition house.  Continuing to serve these ministries even after Bea’s death in 2017.

Norman passed away at his home in Alachua on Dec 15 surrounded by family and friends.

A memorial will be held at the Forest Meadows Funeral Home, 725 NW 23rd Ave, Gainesville, Florida, 32609, on January 4th, 2023, at 1:00 pm.  After the memorial there will be a graveside service with military honors at Forest Meadows cemetery on 3700 SE Hawthorne Road, Gainesville at 3:00 pm.