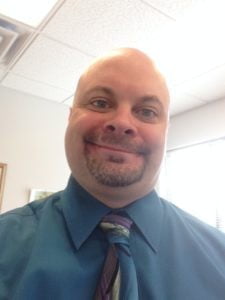 Peter was born on May 31, 1973 in Miami, FL to Carol and James Tharpe. His family moved to Gainesville in 1990, just before his senior year of high school.

He was preceded in death by his beloved grandparents, Elsie Santa Padilla Mederos and Rafael Mederos.

He is survived by his grieving parents, Carol Mederos Tharpe and James A. Tharpe of Gainesville, Nephew Chester James Justice and Niece Kristina Kate Justice of Tampa, FL.

Peter achieved his higher education at the University of Florida, where he earned a Bachelor’s degree in Public Health and two Master’s degrees in Public Health and Business Administration. He spent his professional career working in the health care industry, serving others through his teaching, training, administrative and leadership skills.  For the last 10 years, he served as Director of Operations at Fresenius Medical Care, overseeing several dialysis clinics in North Central Florida.

Having lived the majority of his childhood near the ocean and beach, Peter developed a love of all things nautical and had fun boating, sailing, fishing and scuba diving. However, Peter’s first love was Walt Disney World and he was hooked after his very first visit when he was only 1 year old!  He treasured Disney above all else and it was here that he was truly happy.

Peter also adored his furry babies and was a wonderful daddy to his cats Lucy and Cosmo (who have already left this world and entered Rainbow Bridge), as well as Violet, Abraham and Charlie.

He enjoyed cooking and creating his own recipes, trivia games, collecting numerous flags from different countries, and regaling his family and friends with stories and his amazing knowledge of historical facts, particularly the Tudor period in England.

Peter will be dearly missed by all who loved him and heard his infectious laugh. To those who knew him well, we will remember him forever as a true kid at heart, strolling the Disney parks, full of joy, wearing his cherished Converse shoes.

Rest in peace Peter, we love you.