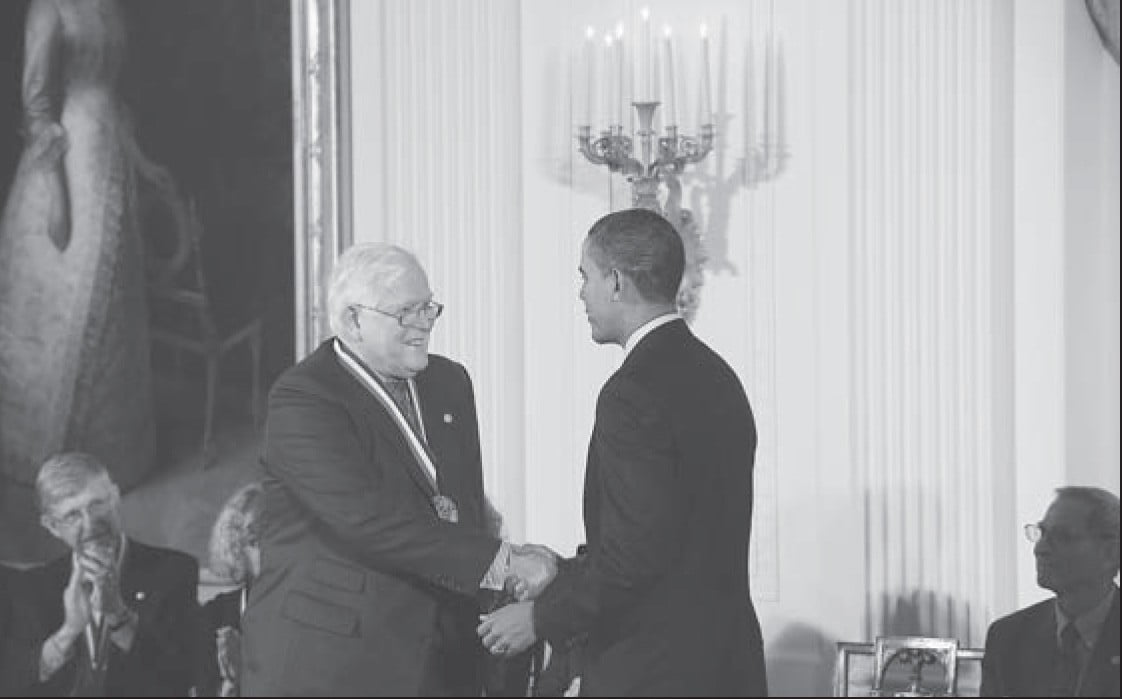 Professor Rudolf E. Kalman, formerly graduate research professor and director of the Center for Mathematical System Theory at the University of Florida in Gainesville, Florida and the chair for Mathematical System Theory at the Swiss Federal Institute of Technology (ETH) in Zurich, Switzerland passed away peacefully on the morning of July 2, 2016, at his home in Gainesville, Florida. He was 86 years old.

Rudolf Kalman was born in Budapest, Hungary, on May 19, 1930. He emigrated to the United States and received his bachelor’s (S.B.) and master’s (S.M.) degrees in Electrical Engineering from the Massachusetts Institute of Technology in 1953 and 1954, respectively, and his doctoral degree (D. Sci.) from Columbia University in 1957. In 1958 through 1964, as a research mathematician at the Research Institute for Advanced Study (R.1.A.S.) in Baltimore, Maryland he produced a series of groundbreaking contributions that shaped the field of Mathematical Systems Theory and of Control Engineering. Chief amongst those was the “Kalman f ilter,” a mathematical framework and an algorithm that enables navigation and control in virtually all modern-day apparatuses, from airplanes to satellites and from cellphones to magnetic resonance imaging. In particular, in its early days, the Kalman filter proved pivotal in the success of the Apollo program that sent the first humans to the moon. Fifty years since his seminal paper entitled “A new approach to linear filtering and prediction problems,” the Kalman filter continues to find new applications in fields as varied as weather forecasting, stock picking, econometrics, GPS, computer vision, autopilots, structural health monitoring, seismology and motor control.

Rudolf Kalman’s contributions to the principles of separation between control and estimation, the design of sampled-data systems, optimization, and the structure of dynamical systems per se are timeless. His thought and style of scientific inquiry have educated countless engineers and scientists. His contributions have impacted modern technological and scientific developments across many disciplines.

After R.I.A.S., Rudolf Kalman became a professor at Stanford University ( 1964-1971). From 1971 to 1992 he was a graduate research professor and director of the Center for Mathematical System Theory at the University of Florida in Gainesville. Simultaneously , he held the chair for Mathematical System Theory at the ETH in Zurich from 1973 until his retirement in 1997. He received numerous awards, including the IEEE Medal of Honor (1974), the IEEE Centennial Medal (1984), the Kyoto Prize in High Technology from the lnamori Foundation, Japan (1985), the Steele Prize of the American Mathematical Society ( 1987), and the Bellman Prize (1997). He was elected member of the   National Academy of Sciences (USA), the National Academy of Engineering (USA), the American Academy of Arts and Sciences (USA), as well as member of numerous foreign Academies. He received many honorary doctorates and, in 2008, Rudolf Kalman received the National Medal of Science, the highest honor the United States gives for scientific achievement.

Throughout his career, Professor Kalman led and taught by example. He was a purist in pursuing ideas to completion no matter how long or what effort that necessitated. His publications were gems, with no exception, in both elegance and scientific depth. The “Center” (Center for Mathematical Systems Theory) that he founded at the University of Florida was unique in its scope and reputation. His superb scholarship and magnetic personality was the heart and soul of the Center for over twenty years, attracting the most brilliant colleagues and contributors in Control, Dynamical Systems, as well as many subjects in Mathematics.

Professor Kalman is survived by his wife Constantina nee Stavrou, their two children Andrew and Elisabeth, and their families.