Ray, age 85, Professor Emeritus at the University of Florida, was born January 30, 1932 in Wagontown, Chester County, PA, and passed away at home on April 13, 2017, under the care of Haven Hospice. He battled Alzheimers for fourteen years and later fought Parkinson’s, finally succumbing to cancer. He was the son of Raymond Yearsly Ferguson and Louisa Pearl Oberholser. He received his Master’s and Bachelor’s Degrees in art education from Penn State and served as art supervisor in several PA school districts.

In 1956 he married Lois Craven and together they shared a blessed and wonderful 60 year marriage. After serving in the Army for two years Ray and Lois settled in the State College, PA area for several years; their two children were born there. In 1962 they made the move to Gainesville, where Ray accepted a job as professor of Art Education in the College of Education and years later was transferred to the College of Fine Arts. He retired in 1992. Ray and Lois lived in Melrose for forty years before resettling in Gainesville in 2015. Ray was a member of Grace Presbyterian Church for 53 years where he had served as elder.

Retirement enabled Ray, a master wood turner, to perfect his skills. He had a wonderful sense of design, great patience in teaching others and a work ethic that demanded perfection. Over a period of fifty years his turnings appeared in over 200 shows – international, national, regional and local. He received commissions to create pieces for individuals as well as organizations and churches and served as a judge for numerous shows. He taught at The John C. Campbell Folk School and the Arrowmont School and had served as President of Florida Craftsmen and as the American Craft Council Southeast Representative.

His family extends sincere appreciation to those at Alz Place who lovingly tried putting some joy and purpose into Ray’s life and later to his caregivers, Lisa and Dee who cared for him with love and compassion. Appreciation and gratitude is also extended to Dr. Bernard Ballou and staff. 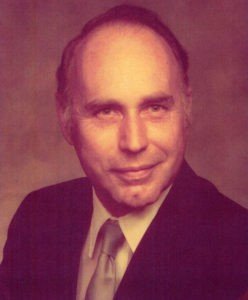