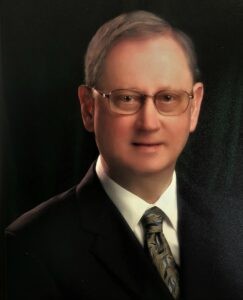 Ronny Paul Hill aged 79, died on May 27, 2022, in Milwaukie Oregon from natural causes. He was born on February 24, 1943, in Brunswick, Georgia to George O. Hill and Dorothy M. Beaver Hill now both deceased of Newberry, Florida. He was the oldest of five children (three sisters and one brother).

In grade school and high school, he enjoyed playing baseball, football and track.  He graduated from Santa Fe High School in 1961.

After high school Ronny attended the University of Florida majoring in Political Science.  He completed his undergraduate degree in 1965 and a Master’s Degree in 1967. He decided to do a doctorate at the University of Texas in Austin. After being there for a while he decided that he did not want to finish his degree and chose the place he wanted to live which was Oregon.  He loved the climate there and all the beautiful scenery.

Ronny decided to go into business and after a few years of trying different jobs he started working for Radio Shack.  He was a manager in several stores until he decided to retire.   For several years he traveled to several countries in Europe, Russia and Africa.  He then decided to work for Nordstroms and worked in the men’s clothing department.  He did well and

after his second retirement he enjoyed traveling, reading, listening to his classical and other types of music, long walks and vacationing in the Northwest.  Ronny had a special interest in Haiku (poetry) in his later years. He was a member of the Church of the Nazarene while living in Florida.  He also attended the Unitarian Church in Milwaukee, Oregon. Ronny was a lover of study and learning.  He continued reading and studying many subjects throughout his life.

Ronny is survived by his sisters: Linda Walker (Corydon, IN), Carolyn Hurley (Newberg, OR), Judy Roetheli (Liberty, MO) and a brother Randy Hill (Trenton, FL).  He is also survived by 2 aunts, Irene Duncan and Juanita Harris and an uncle, Sam Hill, as well as 5 nephews, 2 nieces and numerous cousins and 24 grand nephews and nieces.

A graveside service will be held at the Newberry, FL cemetery on July 9th at 11:00 a.m.