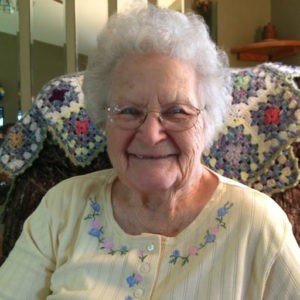 Ruth Mauldin Harris, age 93, of Leesburg, FL and previously of Seneca, SC has died on Wednesday, January 30, 2019 at University of Florida Shands Hospital in Gainesville. Ruth was born on August 18, 1925, in Newry, SC to the late Marvin T. and Nelle McGuire Mauldin, of Seneca, SC. Ruth lived her first 17 years  in Oconee County, SC. Afterwards, her education, marriage, and career took her to a variety of places.Ruth received her Registered Nursing Degree from the Southern Baptist Hospital in New Orleans, LA, and her BSHA, (Bachelors’ of Science, Hospital Administration) from St. Joseph’s College, North Windham, ME. During her career some of her positions included  Operating Room Nurse in Oconee County and at Anderson Memorial Hospital, both in SC, and in the 1950’s in Marietta, GA. She was Staff Nurse on the campus of Bob Jones University, Greenville, SC, in the 1940’s, later taught student nurses in Anderson, SC (1950’s), Charlotte, NC (1961-62), and Jacksonville, FL (1962-63); did Private Duty at Orange Memorial Hospital in Orlando (1963-65) and joined the Head Start Program in Miami with the Dade County Health Department, and worked for Baptist Hospital and was Director of Nursing in Nursing Homes in Miami in the mid and later 1960’s. In the 1970’s as a part of the Alachua County Health Department she received training at Shands Hospital in Gainesville, FL which changed her career and her personal life. It was then that she received encouragement to continue her education and became a B.S. degree-seeker, achieving that goal through courses at Santa Fe Community College, and finishing with a term in Maine to receive the degree, B.S. in Healthcare Administration. While in Gainesville, she was active at Parkwood Baptist Church, and a member of the Pilot Club. Following this, she worked with Florida State Department of Licensure and Certification in Tallahassee and Jacksonville. She returned to south Florida in the 1980’s where she worked as Director of Nursing and in  Quality Assurance in Broward and Palm Beach Counties. Her final work years were spent as a Consultant with companies and their Rules and Regulations Documents to obtain or renew their state licenses; and in Human Resources to assist with the employment of medical personnel for Home Health Care. She was married on September 9, 1949, to William Thomas (Tom) Harris who had a career in the insurance industry, first in Sales in SC, GA, NC, and then received transitional training in Jacksonville, FL, and was employed as a Manager in the Business Offices in Winter Park, FL, and Miami, FL. His last position was with Baptist Hospital’s Business Office until his death from cancer in 1970. Ruth and Tom had one daughter, Sara Elizabeth. Ruth remained a widow. She was an active volunteer from early teenage years within her church community. She was pianist, organist, and soloist for a daily Christian Radio program in Anderson, SC,(1940) pianist at her home church in Seneca, SC (from age 12-17), and taught Sunday School in a variety of churches as her career moved her around. She was part of a church group who took meals to Homestead, FL, following Hurricane Andrew. At Cokesbury United Methodist Church in Margate, FL, (2000-2002), she began an inter-generational Bible Study class with attendees aged 18 to 92, (older than she was at the time). In 2006-2007 she was substitute Sunday School teacher and sang with the JOY (Just Older Youth) Singers in Seneca, SC. At FUMC Boca Raton West Campus, she was a Substitute Sunday School Teacher (2011-14). She loved spending time with her family and friends. She loved to host a Family Dinner for any occasion, or in memory of her adolescent years at home with similar menus and lots of pictures. Her greatest joys, were her two grandsons, Benjamin and Thomas and to spend days with them at Ormond Beach, FL, and on vacations in her beloved Maggie Valley, NC, or Thanksgiving in Davenport, FL were treasured memories; being able to see them graduate from high school, then college, and help plan their Graduation Dinners, as well as later the Rehearsal Dinners for each of their weddings, was very special. She enjoyed spending time with their brides, Jill and Jayne. Her three great-grandsons, she said, were her “heart”, and she felt blessed to live to see each of them enter this world and loved being with all of her “little boys”.  Besides her talent in music she also was a creative seamstress and enjoyed crocheting. She sewed for family and friends. She worked on a project to make crocheted blankets for each of her older grandson’s wife’s nieces and nephews – all 11 of them then. She enjoyed making hats for her granddaughters-in-law last Christmas. She was called, “Queen of Christmas”, by her family and spent hours painting her Christmas Village decor which she took annual delight in arranging. Ruth is preceded in death by her parents; Marvin T. and Nelle (McGuire) Mauldin, brothers; Marvin T. Mauldin II, Charles A. Mauldin and wife Patricia, James Douglas Mauldin and wife Nelma, and Wallace Dean Mauldin, Sr. Ruth is lovingly survived by her daughter, Elizabeth (Libby) Harris Haire, of Leesburg, FL grandson, Benjamin Haire and his wife Jill of Boca Raton, FL and their sons, Aiden & Cooper, grandson, Thomas Haire and his wife Jayne of Land O Lakes, FL and their son Everett. Ruth also leaves behind her sister, Betty M. Crandall, of Central, SC, and sister-in-law, Pat Mauldin, of Aiken, SC, and nieces and nephews.