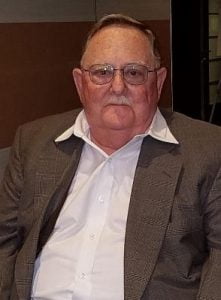 Stuart Allen Kanofsky, 76, passed in peace surrounded by his family and pets at the comfort of his home on December 24, 2020, in Gainesville, Florida.

Stuart was a decorated Vietnam war veteran who proudly served his country in the Marine Corps and Air Force from 1963 – 1972. Stuart was born on September 16, 1944 in St. Louis, Missouri to his parents Stanley and Helen Kanofsky (Grosman).

During his time overseas, Stuart spent a short time in Kenitra, Morocco, where he met and fell in love with Evelyne, who he soon married on July 10, 1966, going on to have two children, Michael, and Jennifer.

Stuart was known for his many talents. He was a Police Officer, Chef, Musician (in the Marine Corps and later the Gainesville Community Band), worked with FL Restaurant Association, Car salesman, Traveling Manager for Sonny’s BBQ, Investigator for Workers Compensation Fraud, and a Revenue Specialist for the Department of Revenue.

When he was not working, Stuart had a passion for fishing, CB radios, playing the trumpet and harmonica, gardening, he especially enjoyed different varieties of bamboo as that is what always provided him shelter in Vietnam. In his later years he started his own Leather Shop, making holsters and other leather goods. He also loved being a big jokester.

Stuart was preceded in death by his parents, Stanley and Helen Kanofsky and his brother Arthur Kanofsky (Harriet). He is survived by his loving wife of 54 years, Evelyne Kanofsky (Benchimol), son, Michael Kanofsky (Bonnie), daughter, Jennifer Brownell (Scott), and 2 grandsons. Mathew Brownell and Joseph “Dalton” Brownell, all from Gainesville, Florida. His Brother, Ronald Kanofsky-Kane (Robyn), 5 children and 9 grandchildren, all of St. Louis, Mo. Harriet Kanofsky Sister-in-law. Michelle Brock, niece (Andrew) and Bryan Kanofsky, nephew (Mary) son Sawyer all of St. Louis, Mo. Stuart is also survived by many close family and friends, including his two dogs Max and Sasha and his grand dog, Bindi. His well-loved cat, Boots, 10 years of age, passed away on December 31, 2020.

A special thank you to Haven Hospice for their gentle care and support throughout this difficult journey. Also thank you to Forest Meadows Funeral Home for all the arrangements. The family requests that you write your condolences on the back of a $20 bill.????