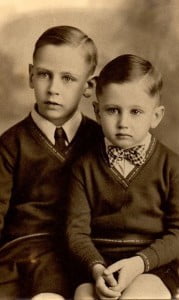 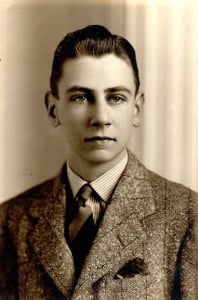 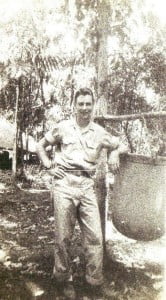 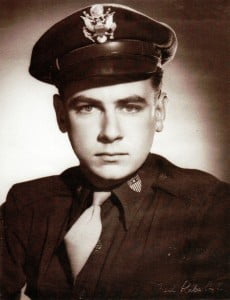 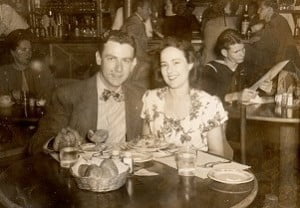 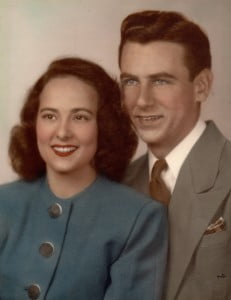 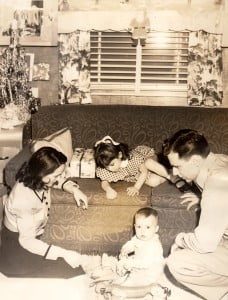 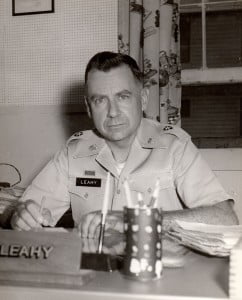 Thomas Melvin Leahy, Jr., retired faculty member of the University of Florida, and a retired army officer passed away November 29, 2015. He was 92.

Tom Leahy was born in Denison, Iowa, and graduated from the Denison High School. He attended Iowa State College until entering the Army in 1943. He served 30 months in the South and Southwest Pacific theaters, including a year in the headquarters of General Douglas McArthur in Leyte and Manila, the Philippines. Tom was separated in 1946 as a First Lieutenant.
In 1950, after the outbreak of the Korean War, he was recalled to active duty and continued to serve until he retired as a Lieutenant Colonel in 1970. During that time he served at various posts in the United States, including Sandia Air Base, Albuquerque, New Mexico, and Fort Benning, Georgia where he was the Adjutant General of the 2nd Infantry Division. Tom’s foreign assignments included: Adjutant, Headquarters Command, NATO Southeastern Headquarters, Izmir, Turkey; Advisor to the Adjutant General of the Republic of Korea Army, Seoul, Korea; and Executive Officer, Military Advisory Group, the U.S. Embassy, Lisbon, Portugal.
Following his retirement from the Army, he moved his family from Lisbon to Gainesville where he lived since that time. He was awarded a Master’s Degree in Journalism and Communications from the University of Florida in 1972 and was inducted into the Honor Society of Phi Kappa Phi. After teaching for two quarters at UF’s College of Journalism and Communications, he accepted a position as Director of Communications for the Florida Sea Grant College Program at UF’s Institute of Food and Agricultural Sciences. Tom retired in 1988.
During his retirement, he continued to pursue his life-long love of writing and published three novels prior to his death.
Tom was a member of the First Lutheran Church and Past President of the Kiwanis Club of Gator City. He was also a member of the Gainesville Chapter of the Retired Officers Association and the Retired Faculty, University of Florida.
He was preceded in death by his wife, Lovella and survived by his daughter, Suzanne of Gainesville, his two sons, Thomas III of Midlothian, Virginia and Robert of Gainesville; as well as his brother Robert Leahy of Cedar Falls, Iowa, five grandchildren and a great granddaughter.
Funeral services will be held at the First Lutheran Church, 1801 NW 5th Avenue, Gainesville at 1:00 PM Saturday, December 5, preceded by visitation at noon. Military honors and interment will follow at Forest Meadows Memorial Park Central, 4100 NW 39th Avenue, Gainesville.
Donations may be made to Haven Hospice, 4200 NW 90th Boulevard, Gainesville, FL 32606 or the First Lutheran Church, 1801 NW 5th Ave, Gainesville, FL 32603. 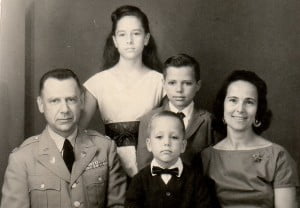