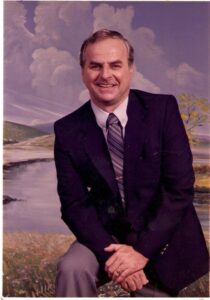 Tom Shirley was born on October 8, 1939, in Jacksonville, Florida, and was called to his eternal rest on August 24, 2022 in Gainesville, Florida.

Tom graduated from Landon High School in Jacksonville, Florida in 1958. He then enlisted in the United States Coast Guard and served for eight years in the Active and Reserve component. Tom worked for many years for the Jacksonville Electric Authority as a lineman, and then for many years elsewhere in maintenance and in security.

Tom and Betty Shirley enjoyed a loving marriage for 40 years until his departure. They retired and resided in Trenton, Florida for the past 21 years and built many great memories together. Betty gave Tom two stepchildren, Renny and Debbie, whom he loved very much. Tom also led a valiant fight against cancer for nearly 13 years.