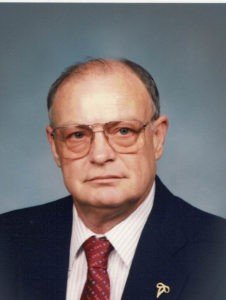 Born in Lumber City, Georgia on January 17, 1939, he was a son of the late Barney D. and Edna L. (Brown) Kirby. He resided in Orangeville since 2003 and previously lived in Alachua, Florida for many years.

Wallace was a 1957 graduate of Commercial High School, Savannah, Georgia. He was self-employed doing business as Kirby Sales Inc., in Florida. He enjoyed fishing and socializing with friends and family. He served with the U. S. Marine Corps.

In addition to his parents, he was preceded in death by his wife, the former Betty Bradley on March 31, 2003; by two sisters: Betty Lee and Olivia McGuffin; and a brother, Billy Kirby.