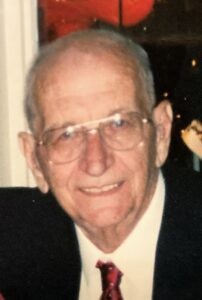 He proudly served in the United States Navy as a Petty Officer from 1946 to 1966, and was subsequently employed at Johns Hopkins Applied Physics Laboratory, a government defense contractor in Maryland.
He enjoyed reading, painting, listening to classical music, and bowling.

Wesley is survived by his loving wife Shirley Bartnick, his children, Wesley Bartnick, Jr., Bill Bartnick, Robert Bartnick, and his sister, Mary Burdsall; and by nine grandchildren and three great grandchildren. He was preceded in death by his parents and daughter, Karen Smith, son-in-law Thomas Smith, and granddaughter, Courtney Smith.

Floral expressions are welcomed.
Forest Meadows Funeral Home and Cemeteries are in charge of arrangements.