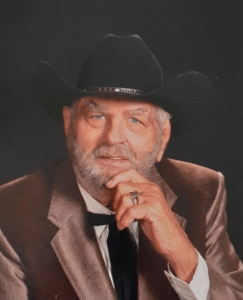 William Louis Sohl Jr. passed away peacefully at home on February 9, 2022, under the loving care of Crystal Locke in Hawthorne, Florida.

William was born December 1, 1941, to William and Lucy Sohl in Pittsburgh, Pennsylvania. He graduated from Perry High School in 1959. He enlisted in the United States Air Force in 1960 and served 4 years as a medic stationed in Maryland, Turkey, and Ohio. William was honorably discharged in 1964. Later, he continued his education earning both his bachelor’s and master’s degree in criminal justice.

William moved to Florida in 1967, where he began his career in law enforcement. He attended the Miami Dade Police Academy and worked as a police officer for several years serving various cities in Broward County. In 1995, he moved to the Gainesville area where he loved living on a farm enjoying country life surrounded by his horses, cows, donkeys, and dogs. He spent his time in Gainesville working for the VA as a service officer. In addition, he spent time volunteering for the Disabled American Veterans and the American Legion as a service officer fighting for veteran benefits, which he was very passionate about. He was also a proud member of the Masonic Lodge in Waldo, FL and the Scottish Rite in Ocala, FL.

In lieu of flowers, the family requests donations be made to the Disabled American Veterans at
dav.org, an organization William felt strongly about.